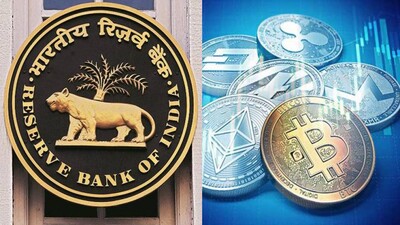 T Rabi Sankar, Deputy Governor of the Reserve Bank of India (RBI), said on Monday that cryptocurrency is similar to or even worse than Ponzi schemes and that banning them is the most rational solution for India. He believes there are compelling reasons for cryptocurrencies to remain outside of the official financial system.

“Cryptocurrencies are not amenable to definition as a money, asset, or commodity; they have no underlying cash flows, no intrinsic value; they are equivalent to Ponzi Schemes, and possibly worse,” Sankar remarked at an Indian Banks Association event.

A Ponzi scheme is a type of deception in which cash from new investors is used to pay gains to previous investors. It earns very little, if any, money legally.

“Virtual currencies risk a nation’s monetary integrity and leave it vulnerable to strategic manipulation by private corporations that create them or governments that control them. All of these facts point to the conclusion that outlawing cryptocurrencies is the best option for India The Deputy Governor of the Reserve Bank of India (RBI) stated.

‘Be cautious while dealing with cryptocurrency.’

Sankar went on to say that crypto-technology is based on a philosophy of avoiding government regulations. They were created with the express purpose of avoiding the financial system’s regulation. These should be sufficient grounds for caution.”

“They jeopardise financial integrity, particularly the KYC regime and AML/CFT requirements, and may encourage anti-social behaviour.” More importantly, they have the ability (and will most likely do so if allowed) to destabilise the currency system, the monetary authority, and the financial system.

Sankar expressed concern about the banking sector and the government’s ability to oversee the economy in general.

He cited a Wall Street Journal storey to say that illegal cryptocurrency trades totalled $14 billion in 2021. According to industry estimates, there are roughly 15-20 million cryptocurrency investors in India, with total assets of around $400 billion.

According to the RBI, the average holding remains low at $1,566, implying that “asset loss, if it is a possibility, will likely affect only a tiny fraction of these investors.”

Last week, RBI Governor Shaktikanta Das issued a strong caution against investing in cryptocurrencies, claiming that they lacked the “worth of even a tulip,” referring to a speculative bubble that engulfed the Netherlands in the 17th century.

Users of WhatsApp may soon be able to set cover photos